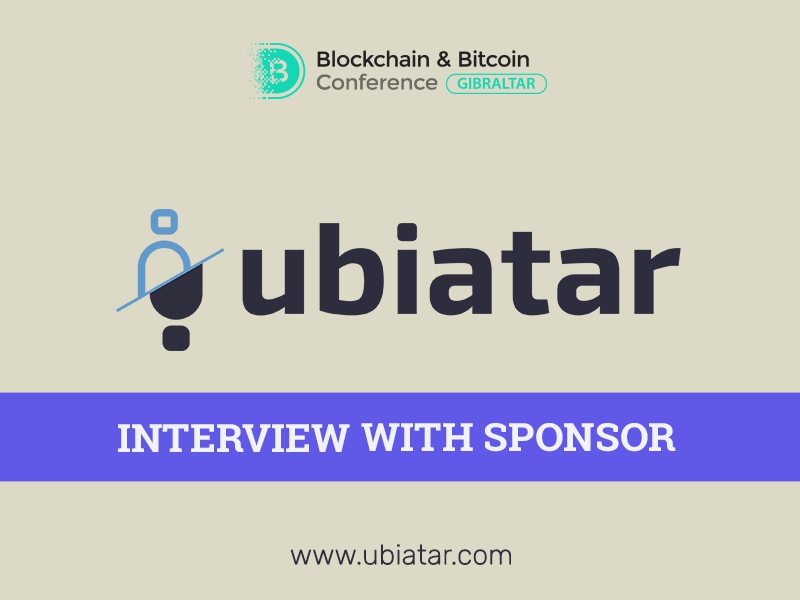 A Ubiatar app will allow to visit new countries, attend exhibitions and museums half the world away as well as go online shopping. Having a smartphone, users can enjoy the telepresence effect by hiring a performer called avatar.

An avatar’s smartphone will in fact be eyes and ears of a remote user. A reward system will be based on a new cryptocurrency and blockchain tech. Its ICO is scheduled for March 23 with 23% of tokens planned to be deployed. More than a half of them will be unlocked within several forthcoming years.

An app developer Ubiatar is General Sponsor of Blockchain & Bitcoin Conference Gibraltar. The conference organizers interviewed the company representatives about the peculiarities of their service and prospects of the cryptocurrency-to-be.

BCG: You have come up with an interesting way of using blockchain technology and capabilities of a modern smartphone. What is your ‘avatar’ application about?

F. D.: Ubiatar is the only technology offering a viable and real solution to the ancient dream of mankind: having the power of ubiquity or instant transfer to any place.

We have seen this ‘power’ depicted in many productions, notably the teleportation devices in the ‘Star Trek’ sci-fi TV shows and movies. Until today, it has only been a fantasy.

Ubiatar delivers the power of ubiquity using modern mobile technologies on a high-performance platform. The starting point is a normal smartphone held by a local individual (Avatar); everything that is seen and heard by the Avatar is sent over the network to the Person at home (User) that in turn directs the Avatar so that he/she acts as his/her remote body. The directions are given with a revolutionary GUI (Graphical User Interface) superimposed over the live video stream.

BCG: Why do you need blockchain? What has it got that traditional technologies don’t have?

To support the exchange of value between peers all over the world, regardless of the local limits, the availability of bank accounts to poor people, women or other discriminated social groups.

The Ubiatar coins will be used for all value exchanges on the UbiatarPlay marketplace so that a uniform valuation of services will be possible. No other means of payment will be supported.

Inside of any Ubiatar app, there will be the Ubiatar wallet allowing people to store and deal with their Ubiatar coin (UAC).

BCG: Is your application targeted for earnings or the emphasis is still on entertainment?

F. D.: We give an easy and honest job opportunity to anybody, anywhere.

There is a number of people all around the world that are unemployed and would be more than willing to offer their physical presence for a reasonable reward.

There are also lots of people that need to be present in other places and do not have the time, the money or even the chance to go there. Just imagine busy businessmen, poor people or people with physical conditions that do not allow them to walk: the Ubiatar service would be their best (or only) chance to do the things they want and explore the places they are curious about.

UbiatarPlay will develop and offer a marketplace where all these people will meet, discuss, learn from each other and also share culture, emotions, knowledge, and expertise.

BCG: What are the mobile device requirements? How many people will be able to work with the application?

F. D.: The Ubiatar enterprise platform is already developed and the client applications are already publicly available on all the app marketplaces.

The iOS native application has been approved and is currently at release 2.1 on the Apple app store.

The app works on any major browser and any computer system such as Windows, Linux, and Mac OS X. No need to install anything so it immediately runs on any home computer and PC of any company without the need to contact its system support.

Special versions of the client software are available for embedded systems such as Raspberry PI cards.

Amazon is one of the biggest and most reliable providers of cloud computing power with worldwide data centers supporting the Amazon business operations. Uninterruptible, reliable and potentially without processing power limits, this system is the perfect choice for a service that has to support and coordinate millions of users all over the world exchanging low-latency high-quality audio and video streams, even if in a peer-to-peer fashion.

BCG: What purpose will people use the Ubiatar app for?

F. D.: For all the things you would do with your own body if it was instantly transferred to any place you like: tourism, real estate, business, industrial applications, fun, gaming, previsualization of hotels and other places you are planning to visit, interactive gig economy and so on...

BCG: Do you plan to launch ICO? If so, when?

BCG: Except for paying for the work of an ‘avatar’, what else can a user do using your tokens?

F. D.: Teleshopping, having his/her Avatar buy anything anywhere, payment of any service in the field where your Avatar represents you.

BCG: Will the system have a fixed rate, or will users agree themselves on the amount of compensation? 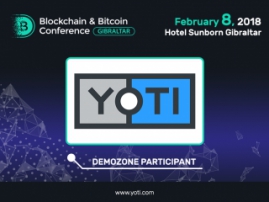 A platform for digital identification Yoti will be a demo zone participant a...