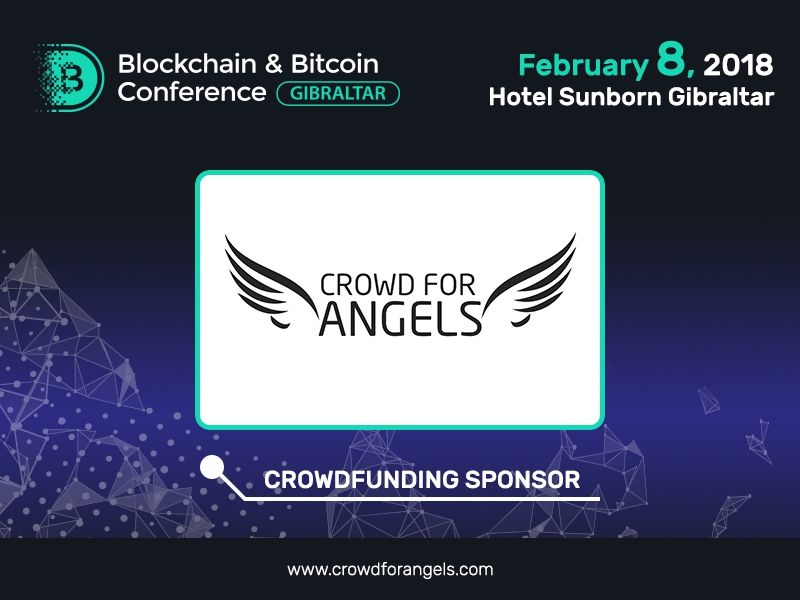 A UK crowdfunding platform, Crowd for Angels, will be Sponsor of Blockchain & Bitcoin Conference Gibraltar.

Crowd for Angels is an FCA official platform designed for both debt and equity funding.

The project was launched in January 2014. During this time, the Crowd for Angels has developed a sophisticated platform and raised several million pounds for companies, selling stocks or using loans.

The project is going to become one of the largest platforms in the UK and Europe as well as enter the international level, establishing subsidiaries in such jurisdictions as Dubai.

The platform issues its own token called ANGEL as a part of its offering of a 5 year, 3% Liquid Crypto Bond.

Crowd for Angels is one of the first regulated companies to offer an ICO that is uniquely linked to an asset. ANGEL tokens are issued as rewards for and therefore can only appreciate in value.